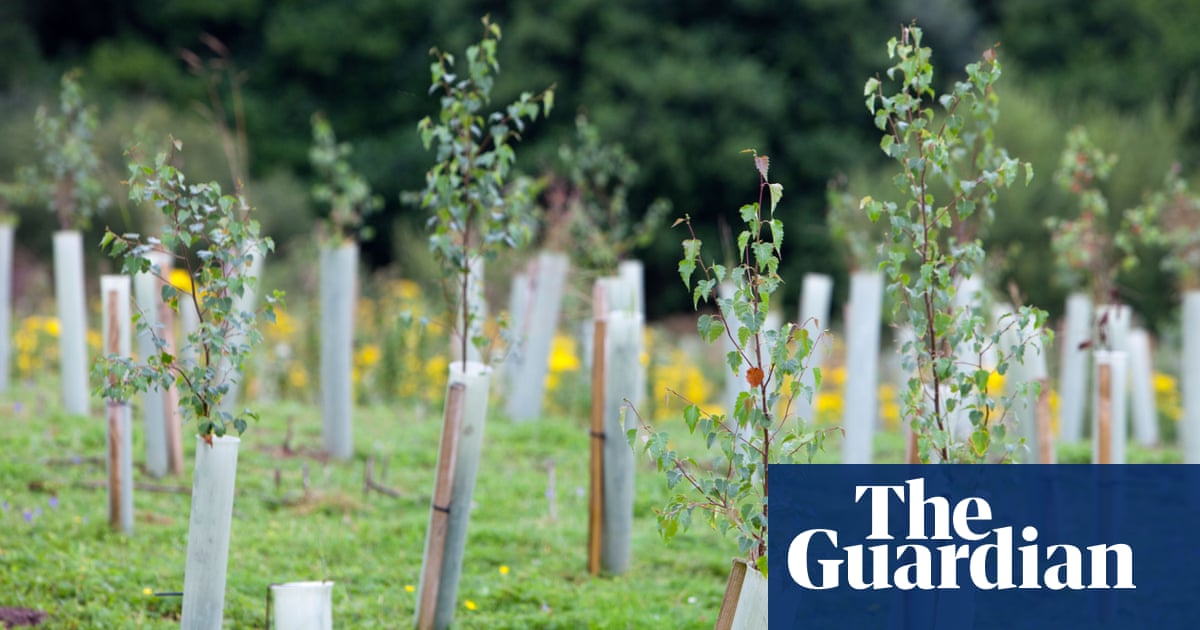 Orders for almost 100,000 trees have been cancelled by Northern Ireland buyers because of a post-Brexit ban on the plants being moved from Britain, the Guardian can reveal.

Leaders in the business say it is a major setback for tree-planting programmes in Belfast and elsewhere in the region.

“It’s a disaster. They’re just stopping any exports from mainland UK over to Northern Ireland. We can’t get any trees over from any of the nurseries that would usually deal with over there,” said Gregor Fulton, an estate and outreach manager at the trust.

Scotland-based Alba Trees, one of the biggest suppliers in Britain, selling around 250,000 trees a year to Northern Ireland a year, says it has also been hit.

“At a stroke Brexit has taken away a huge chunk of our business,” said Craig Turner, the chief executive. “We turned down an order of 70,000 oak couple of weeks ago because we can’t ship them.”

And Belfast city council, which has an ambitious tree-planting programme involving 1m plants, confirmed it had a delivery of “300 large specimen trees” from a supplier in England “delayed due to new rules around the movement of plants” from Britain.

The horticulture division that Brexit has created between Britain and Northern Ireland is expected to be raised at meeting between local business leaders and the European commission vice-president Maroš Šefčovič on Thursday. The issue is one of many problems caused by Brexit, including a ban on the export of live shellfish to the EU.

“We thought it would be teething problems that would be resolved quickly. It just seems ludicrous really,” said Fulton. “The irony is that I can now get a tree easier from Latvia than I can from Britain, which totally undermines all the work on biosecurity,” he added, referring to the risk of importing pests and diseases.

The problem arises from three new rules applying to Northern Ireland, which is observing EU customs and regulatory rules on plants and animals as part of the Northern Ireland protocol.

A ban on British soil being moved into Northern Ireland emerged two weeks ago, with garden centres protesting about a block on supplies from British nurseries. Fulton said he had been told washing all the soil off roots could be the solution.

If bare-rooted trees were available in sufficient quantities, buyers would then face Brexit paperwork involving health certification and customs for the plants.

A further barrier stems from the EU’s list of species prohibited or restricted for import from third countries, which now includes the UK.

The list is designed to protect Europe from diseases and pests but includes native trees including oaks, alder and birch, important for native mixed woodlands.

Mike Harvey, director at Maelor Forest Nurseries in Wales, which sells about 32m trees a year, said it too had had to stop selling to Northern Ireland, with a recent order for 1,000 oaks about to be cancelled.

But what enrages Harvey is not so much the ban on movement of trees to Northern Ireland but the continued importation of trees from Ireland for forestation projects.

He said Brexit gave the UK an opportunity to close the border to EU trees and give the country a fighting chance of stopping the “drift of disease from south-east Europe to the north-west”.

The diseases, which some put down to climate change, include ash dieback and the Xylella disease, which has come into the UK via olive trees and can affect several species of broadleaved trees.

“It’s typical that the EU puts these restrictions in place and applies them rigorously in Northern Ireland but we leave the borders open to trees coming in from the EU including Ireland and the Netherlands,” Harvey said.

“If we want to control disease and gives ourselves a chance, it’s actually a good thing to stop these transportation of trees between our islands.”

The obstructions have emerged just as Northern Ireland’s environment minister, Gordon Lyons, launches a campaign to remind farmers they have only weeks left to apply for funding to plant native woodlands, to help deliver on a pledge to plant 18m trees by 2030.