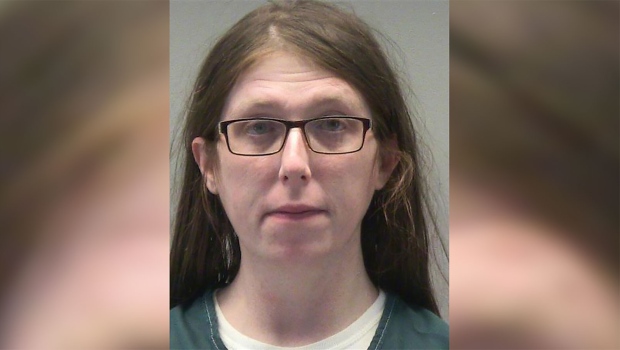 The U.S. Justice Department is now making clear that a leader among the Oath Keepers paramilitary group — who planned and led others in the U.S. Capitol siege to attempt to stop the Biden presidency — believed she was responding to the call from then-President Donald Trump himself.

“As the inauguration grew nearer, [Jessica] Watkins indicated that she was awaiting direction from President Trump,” prosecutors wrote in a filing Thursday morning.

This is the most direct language yet from federal prosecutors linking Trump’s requests for support in Washington, D.C., to the most militant aspects of the insurrection.

Previously, the Justice Department has somewhat held back on linking Trump’s words so closely to the extremist group’s actions during the riot. At least four defendants this week have argued in court they followed Trump’s direction to go to the Capitol building on January 6.

The Justice Department filing continued: “Her concern about taking action without his backing was evident in a November 9, 2020, text in which she stated, ‘I am concerned this is an elaborate trap. Unless the POTUS himself activates us, it’s not legit. The POTUS has the right to activate units too. If Trump asks me to come, I will. Otherwise, I can’t trust it.’ Watkins had perceived her desired signal by the end of December.”

Prosecutors in the filing argue to keep Watkins in jail pending trial. She was arrested several weeks ago and has been indicted for conspiracy and other charges related to the Capitol riots.

Prosecutors describe Watkins as a military veteran who’s now a leader in the broader right-wing militia movement, instrumental in a group called the Ohio State Regular Militia and a key player taking action and communicating with others once she was inside the Capitol on January 6.

She recruited at least two people to the insurrection and was training others to be in “fighting shape” for the presidential inauguration, prosecutors say in the Thursday filing.

On a radio app that day, she said her group was 30 to 40 people, prosecutors say.

Watkins allegedly had a “single-minded devotion to obstruct through violence” the certification of Joe Biden’s presidency, prosecutors said in the filing. “Crimes of this magnitude, committed with such zeal, belie any conditions of release that would reasonably assure the safety of the community or by which Watkins could be trusted to abide.”

They note she said on the radio channel, “We are in the main dome right now. We are rocking it.”

The Justice Department also says Watkins wore camouflage fatigues and combat gear including a tactical vest, boots and a helmet, and spoke to other Oath Keepers over radio.

“Unlike the vast majority, Watkins had trained and plotted for a moment like this,” prosecutors wrote.

The weapons-by-boat plan is mentioned in a court filing from DOJ arguing to keep in jail Thomas Caldwell, a Virginia man charged with conspiracy and alleged to have helped to organize Oath Keeper and other extremist group rioters.

Prosecutors say that three days before the siege, Caldwell texted a person believed to be connected to the paramilitary group the 3 Percenters about using a boat to cross the Potomac.

He wrote about having someone at a dock ramp and pretending to use a boat or two for fishing, an idea that Caldwell wrote would help his contacts avoid driving into Washington, D.C., which has much stricter gun laws than neighboring Virginia, which is across the river.

This story has been updated with additional developments.