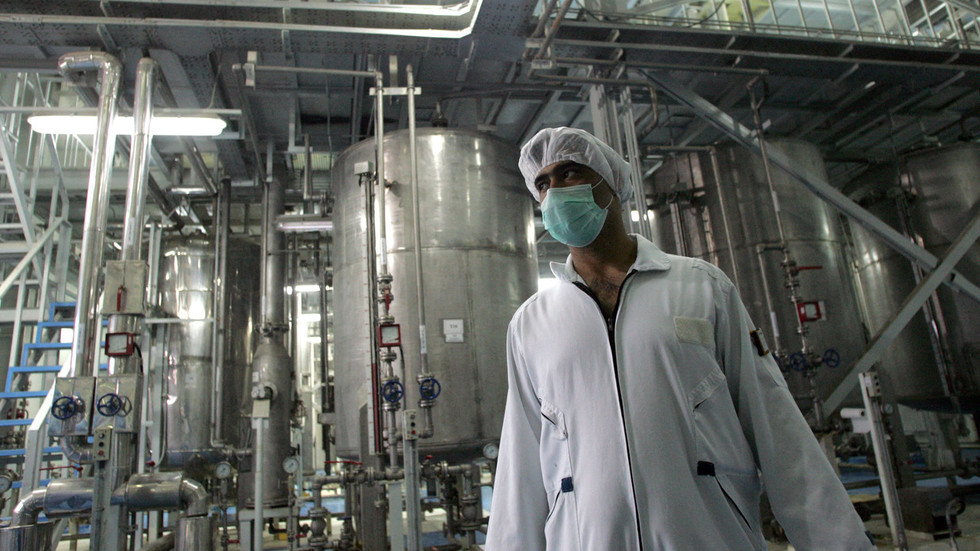 The governments of France, Germany and the UK have jointly condemned Iran’s production of uranium metal, branding it a major step on the road to building atomic bombs, according to a joint statement released by the trio on Friday.

On Wednesday, the UN’s International Atomic Energy Agency (IAEA) confirmed that Iran had manufactured 3.6g of uranium metal at its fuel-plate fabrication plant in the central city of Isfahan.

The so-called E3 group of European states expressed “grave concern” at the move, which they said violated the 2015 nuclear deal, and urged Iran to immediately cease its nuclear development activities.

“Iran has no credible civilian justification for these activities, which are a key step in the development of a nuclear weapon,” the statement read.

The Western trio said Iran’s activities “undermined” ongoing efforts to return to the nuclear deal – a prospect that has been raised by both Tehran and US President Joe Biden in recent weeks.

Also on rt.com Iranian FM warns Biden the ‘window for cooperation is closing rapidly,’ as Tehran threatens to deviate further from nuclear pact

Wednesday’s report, seen by Reuters, and a previous one, said Iran planned to carry out research on making uranium metal using natural uranium before moving on to creating uranium metal enriched to 20 percent – the level it has now reached.

This is 70 percent short of that considered weapons-grade.

Iran plans to enrich its uranium metal only to the current level, rather than the 90-percent grade that would be necessary for developing weapons, according to Reuters, citing Wednesday’s IAEA report and the nuclear watchdog’s previous findings.

Tehran began breaching its commitments under the 2015 Joint Comprehensive Plan of Action (JCPOA) after former US President Donald Trump withdrew the US from the accord in 2018.

This withdrawal was actioned despite watchdogs saying at the time that Iran was in compliance.

The US nonetheless launched a “maximum pressure” campaign of sanctions against the country.

Also on rt.com US rhetoric might have changed, but there’s no ‘goodwill’ from the Biden administration, says Iran’s Rouhani

Following reports of Iran’s uranium-metal production, Foreign Minister Javad Zarif said on Thursday it was the Biden administration that needed to comply with the JCPOA.

“US ceased participation in May 2018, violated JCPOA and punished those complying with UN resolution,” he said in a tweet.

“As of today, US remains in EXACTLY same position. Before spouting off, COMPLY.”

Biden has said the US will return to the JCPOA only if Iran demonstrates compliance with the accord, but Tehran has called on Washington to first provide sanctions relief before it makes changes to its nuclear program.

Under the JCPOA, the US and European signatories agreed to provide sanctions relief to Iran in exchange for the country limiting its nuclear activities, including keeping uranium enrichment below the 3.67 percent level.