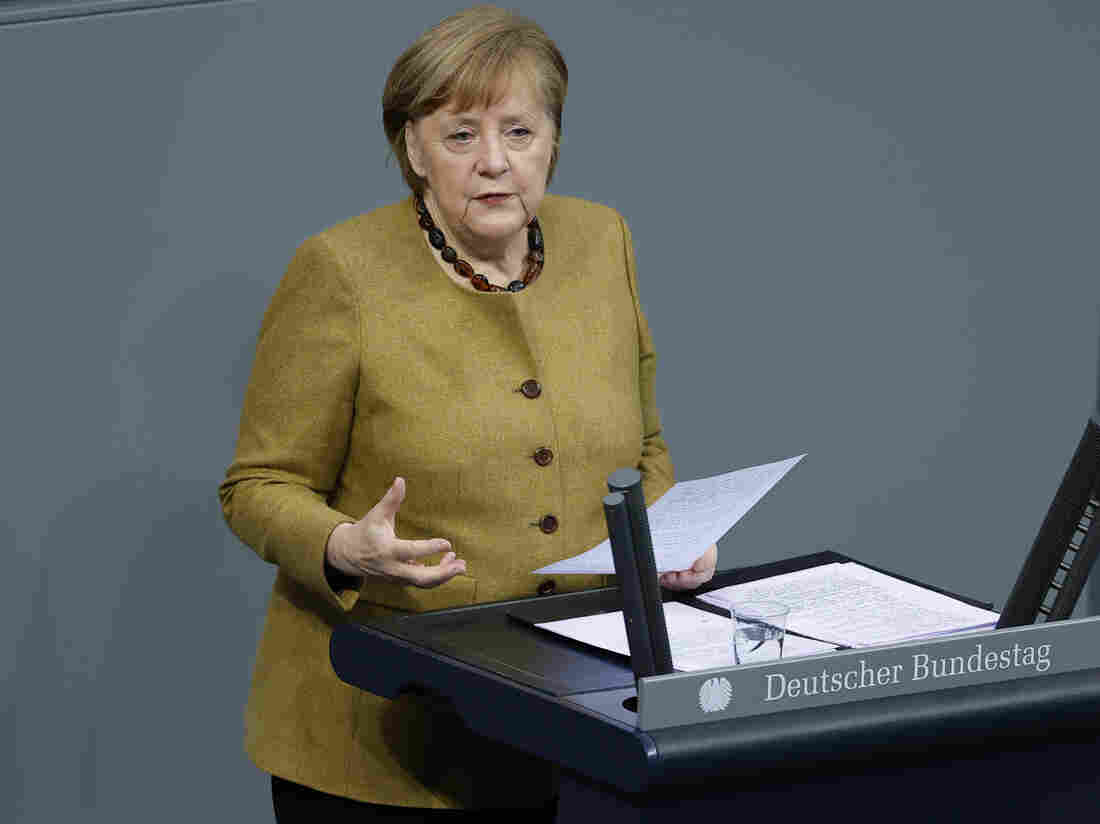 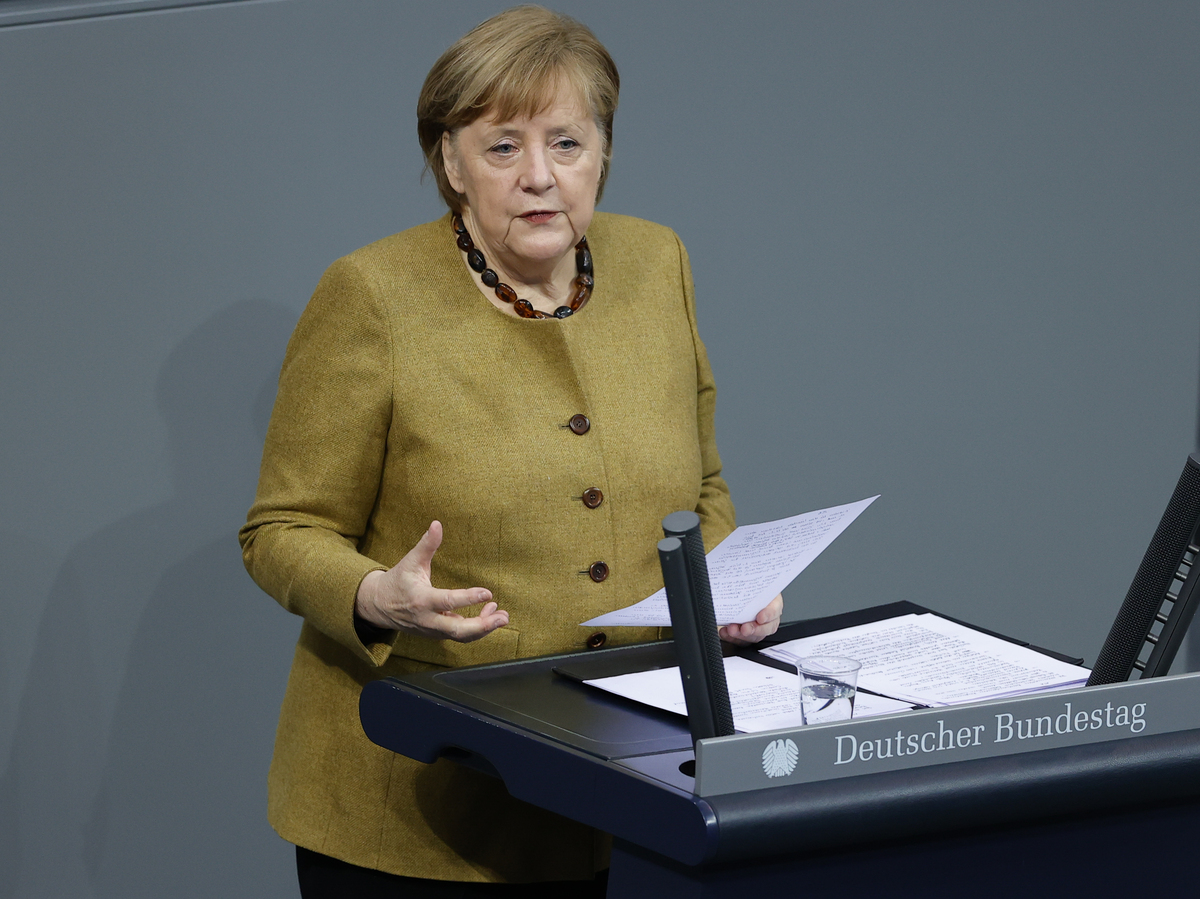 German Chancellor Angela Merkel addresses the Bundestag in Berlin on the German government’s measures against COVID-19 on Thursday.

German Chancellor Angela Merkel defended her government’s decision to extend a COVID-19 lockdown into March, as she issued a stark warning that new strains of the coronavirus “may destroy any success” already achieved in keeping the pandemic in check.

Merkel’s remarks before the Bundestag, Germany’s parliament, on Thursday came a day after U.K. Prime Minister Boris Johnson cautioned Britons that they might need to “get used to the idea of vaccinating and revaccinating” to keep up with newly emerging strains of the deadly virus.

Merkel told lawmakers that the agreement between the federal government and state leaders to extend a nationwide lockdown until March 7, with an option to gradually reopen schools, day care centers and hairdressers earlier, was a prudent measure.

“We have to be extremely cautious that we don’t get into this exponential growth spiral again,” she said, warning that new coronavirus strains, which have already been detected in Germany, “may destroy any success” the country’s had in limiting the spread of the disease.

New variants of the SARS-CoV-2 virus were first detected in recent months in Britain, South Africa and Brazil. The variant found in the U.K., known as B.1.1.7, has spread rapidly and is now found in some 70 countries and in 34 U.S. states.

“I really support the fact that when it comes to further openings and reopenings we’ve decided on the basis of these new mutations, not to give dates, but to give infection rates,” Merkel said.

More than 63,600 people have died from COVID-19 in Germany, with more than 2.3 million coronavirus infections there, according to Johns Hopkins University.

Earlier this week, U.K. Health Secretary Matt Hancock said that U.K. and Irish residents returning from any of 33 “red list” countries would be required to pay £1,750 ($2,420) to quarantine in hotels for 10 days.

The government, he said, had reserved 4,600 rooms in 16 hotels to accommodate people arriving from countries on the list and that the new quarantine system would go into effect on Monday.

Speaking with the BBC, Hancock also said it was “too early” to know whether people in the U.K. could begin safely planning summer holidays.

“People are yearning for certainty over whether they can have a summer holiday” he said, adding, “pandemics are difficult times and there is a lot of uncertainty.”