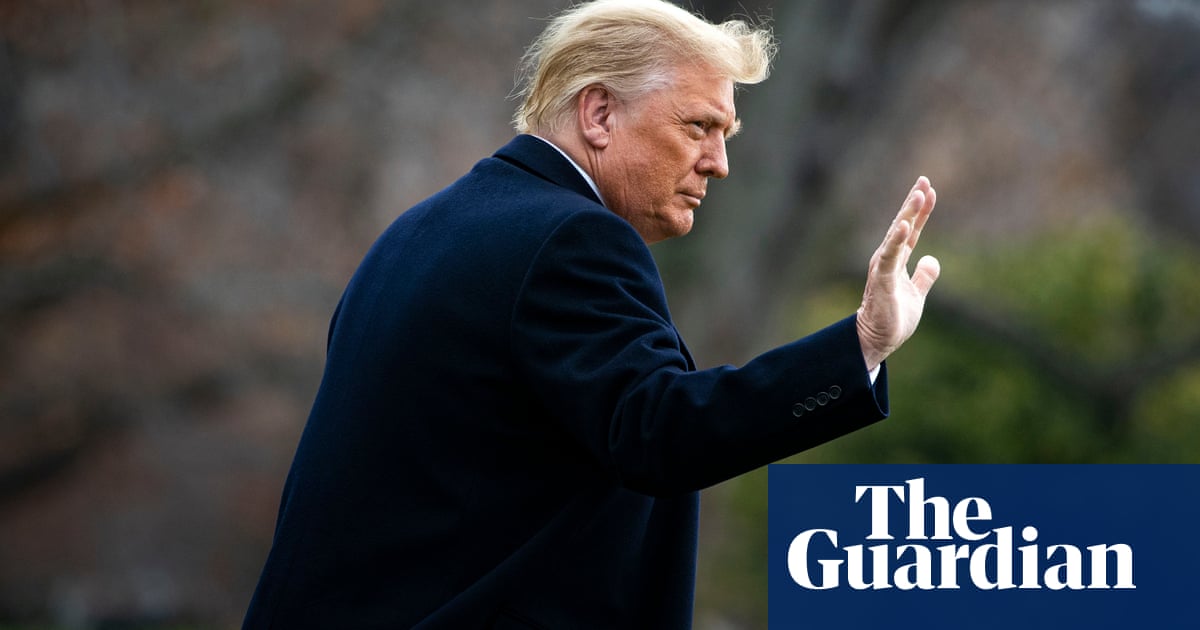 As the historic second impeachment trial of Donald Trump got under way on Tuesday afternoon, the subject at the center of the case was more than a thousand miles away, muzzled by a social media ban and reduced to watching events unfold on TV.

Trump, who is charged with “incitement of insurrection” after his supporters stormed the US Capitol on 6 January, has spent the past three weeks holed up at his Mar-a-Lago resort in Florida, with his schedule seemingly restricted to playing multiple rounds of golf. The one-term president has been at his resort, close to the golf club, since he left Washington DC at 8am on the day of Joe Biden’s inauguration.

Donald Trump impeachment trial: what you need to know

On Tuesday, however, Trump shunned the golf course, according to a report from the conservative Washington Examiner newspaper, and was instead “quietly watching” TV coverage of his trial.

Other sources suggested that the former president was not so calm. Politico described Trump as “increasingly frustrated” with the sharp contrast between his legal team’s muted efforts compared with the chilling opening video shown by the Democrats.

“President Trump was not happy with the performance of his legal team in action,” one source told Politico. They say that Trump saw it as a missed opportunity, and was also annoyed that his legal team appeared to concede that, contrary to the baseless conspiracy theories that Trump himself had spread, that Joe Biden had won the election.

Trump, who is the only US president to have been impeached twice, plans to spend the entire week glued to the screen, Politico reported, as he waits to hear his fate. Trump, who was known to spend hours watching TV even while in office, will at least have the benefit of experience ahead of what promises to be a lengthy viewing schedule. The trial is expected to last several days and continue through Saturday and Sunday.

A notable difference from Trump’s first impeachment trial will be the expected silence from the accused. During his first impeachment trial Trump kept up a running commentary on Twitter, at one point posting 142 tweets in a single day as prosecutors laid out their case against him. Americans will be deprived of Trump’s analysis this time round, after he was banned from Twitter, Facebook and YouTube following the Capitol assault.

It is not known which channel’s impeachment coverage Trump is consuming. The president benefited from a ruler-disciple relationship with Fox News as he ran for, then occupied, the White House, but soured on the rightwing network in late 2020. Fox News has been at pains in recent weeks to win back the most ardent of Trump’s supporters, however, indulging in the kind of election fraud conspiracy theories that Trump might enjoy.

Trump faces a charge of “incitement of insurrection” for his alleged role in the January riot, in which five people died after his supporters stormed the Capitol building. On Tuesday Chuck Schumer, the Democratic senator from New York, said the impeachment trial represented “the gravest charges ever brought against a president of the United States in American history”.

As Democrats spent recent weeks preparing for the trial, Trump has reportedly spent most of his time golfing at the Trump International golf club, where he also watched the NFL Super Bowl on Sunday night. According to the Examiner, Trump looked “relaxed and refreshed” as he watched the Tampa Bay Buccaneers defeat the Kansas City Chiefs.

Trump’s stay at Mar-a-Lago is under threat, however, with the Palm Beach town council, where the resort is located, discussing whether Trump should be allowed to live there full-time following complaints from neighbors.

When Trump developed Mar-a-Lago from a residence to a private club he agreed with Palm Beach that members should not be allowed to live at the location, but he may escape eviction on a technicality – given he is an employee of the organization that owns the club.

If Palm Beach finds that Trump cannot make the club his residence, the former Apprentice host would be scrambling to find a home, given his apparent reluctance to move back to New York City, where he is not popular.

Trump lived in Trump Tower, close to Central Park, until he moved into the White House, but the building has become a hub for protests against the former president in recent years – including a rally on 7 January in response to the Capitol insurrection.