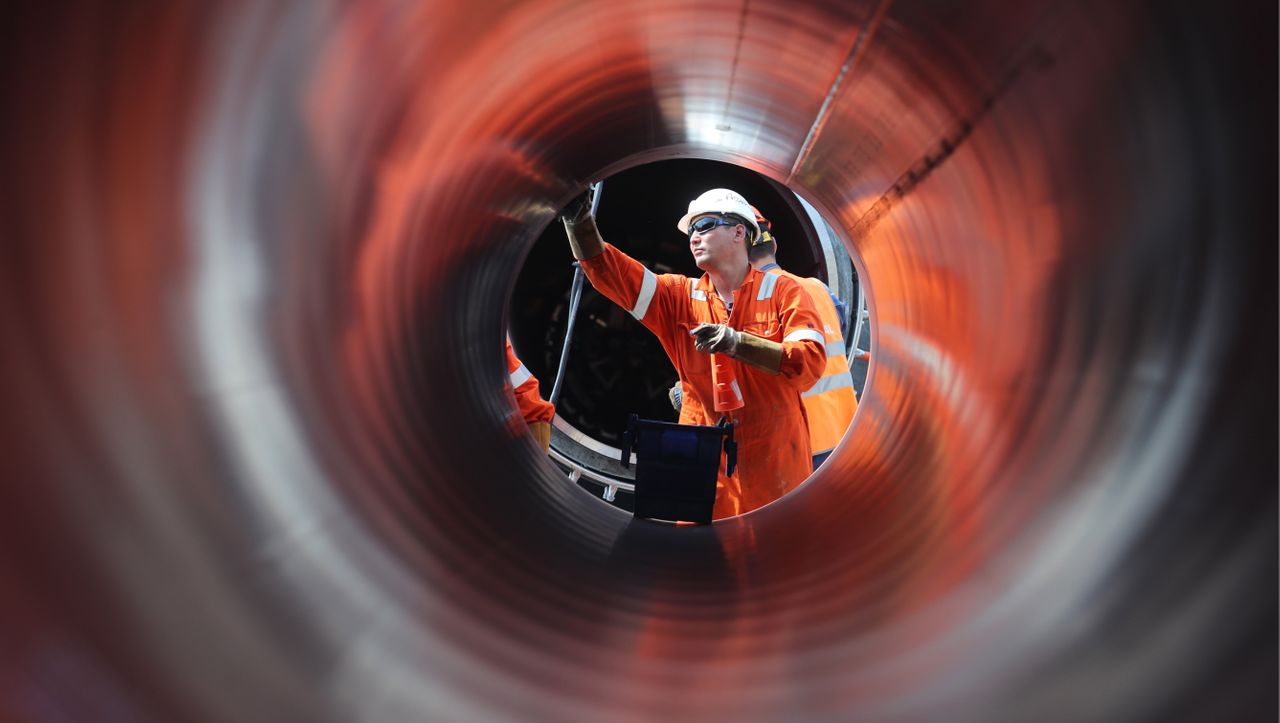 How much can a natural gas pipeline from Russia be worth to the German government? Is it worth sacrificing Germany’s foreign policy prestige? Is it worth isolating the country within the European Union and straining relations with Joe Biden, the new president of the United States? How can it be reconciled with Germany’s climate targets? And why should the German government back a pipeline that benefits the Russian regime, whose policies it otherwise opposes?

For years, the German government has stuck to this economically dubious and politically misguided project, the brainchild of Russian President Vladimir Putin and his pal, former Chancellor Gerhard Schröder. The greater the resistance within Europe to the project, the more stubbornly the German government has clung to the endeavor. It is increasingly difficult to find any other explanation for this than pride.

And this, despite the larger, more fundamental issue question facing Berlin: Can the German government achieve its self-proclaimed target of taking on a more significant role in global politics? Its behavior on Nord Stream 2 thus far suggests the contrary. The pipeline, indeed, has become Germany’s most embarrassing foreign policy problem.

From the very beginning, Berlin’s claim that the Nord Stream 2 was purely economic and not at all political in nature has been hypocritical. Pipelines are always political. And this is especially true of this pipeline, because Nord Stream 2 would transport natural gas directly from Russia to Germany through the Baltic Sea. It would allow the state-owned company Gazprom to bypass pipelines in Belarus and Ukraine, making the countries even more dependent on Russia because they will lose transit fees they otherwise would have received. The pipeline would also provide an additional source of foreign currency for the Russian government. This runs counter to the spirit of Europe’s sanctions against a regime that for years has shown itself to be an adversary of the European Union and has had opposition figure Alexei Navalny poisoned and imprisoned.

The most effective argument used by pipeline proponents in recent years has been Donald Trump and U.S. sanctions against the project. “We’re not going to let them dictate where we buy our gas!” they would say. But Donald Trump has now been voted out of office, and the Americans are by no means the only ones who oppose the pipeline. Indeed, perhaps the strongest argument against Nord Stream 2 doesn’t even have anything to do with the U.S. This pipeline is an anti-European project. And the German government is growing increasingly isolated in the EU on the issue. Almost every Eastern European country is opposed to the project, especially Poland and the Baltic states. The project provides affirmation for critics who view Germany as a two-faced, hegemonic country that speaks of European values but pushes through its own interests in a pinch. Last month, the European Parliament once again voted against the pipeline. There has also been criticism from the European Commission, which wants to reduce dependence on individual supplier countries. Even Paris is voicing skepticism.

The pipeline doesn’t even provide any clear economic benefits. It doubles the supply capacity from Russia, but natural gas consumption is stagnating and would have to fall significantly by the middle of the century for Germany to meet its climate targets. The existing pipelines are by far sufficient. Russia is now talking about pumping climate-friendly hydrogen through the pipeline in the future. But those prospects are uncertain and it changes nothing about the political dilemma.

Of course, the private companies involved could now try to finish building the last few kilometers of the pipeline, despite the U.S. sanctions – at their own risk. They have invested billions, after all. But the lengths to which some politicians in Germany – particularly within the center-left Social Democratic Party once run by Schröder – are willing to go to support the project has been appalling. Manuela Schwesig, the SPD governor of Mecklenburg-Western Pomerania, where Nord Stream 2’s terminus is located, has even set up a front foundation for environmental protection to complete the environmentally damaging pipeline despite U.S. sanctions. Such shadiness is harmful to Germany’s international standing.

The German government has backed itself into a corner with Nord Stream 2 that can only be explained by economic selfishness or political naivety, but it is ultimately a self-inflicted wound. The time, though, has now come for a clear choice to be made – one that doesn’t chain the country to the pipeline. Nord Stream 2 must be stopped. It would be better to write it off now than to bear the political and economic costs of its completion.

Angela Merkel should withdraw support for the project, even if that could mean that companies end up having to be compensated. Doing so will be painful politically, but the German government should view the Nord Stream 2 debacle as quittance for the mistakes it has made – and as a lesson for the future.