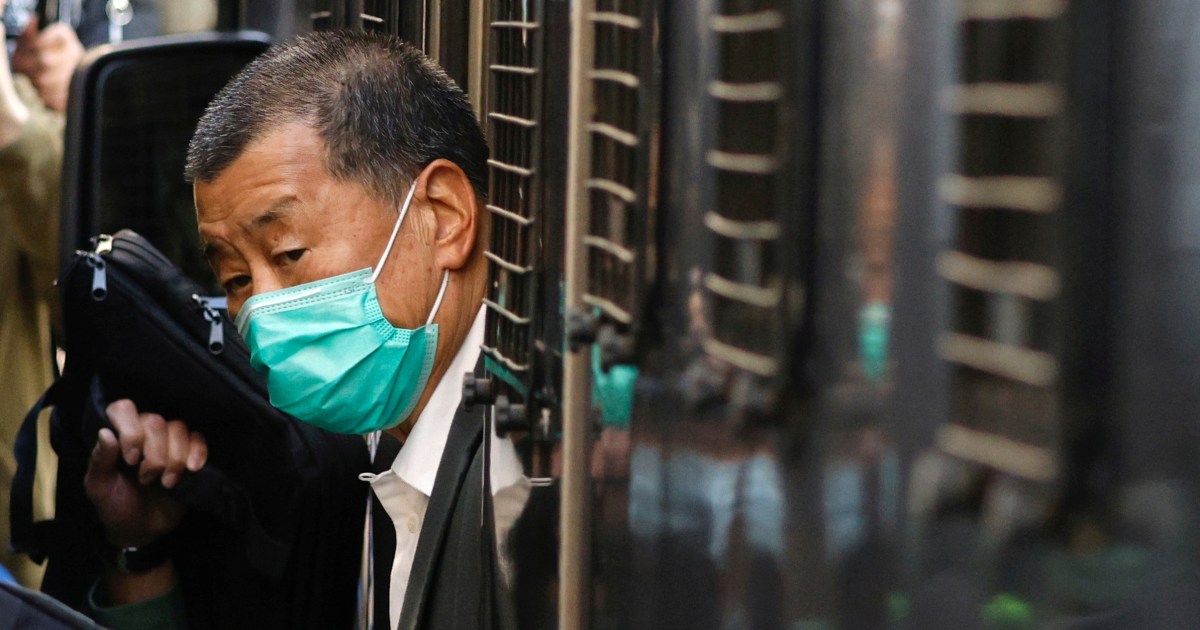 Judges are considering whether tycoon should be allowed bail over security charges in a precedent-setting decision.

Hong Kong tycoon and pro-democracy activist Jimmy Lai has been returned to custody on Monday while the territory’s highest court considers whether those facing national security charges should be eligible for bail in a landmark challenge to Hong Kong’s sweeping new national security legislation.

Lai, a prominent critic of Beijing’s Communist Party, was charged on December 11 with violating the new security legislation by allegedly colluding with foreign powers and endangering national security.

After an entire day of deliberations, the five judges at the Court of Final Appeal failed to reach a verdict and said they would issue a judgement at a later date.

The case has been closely watched in Hong Kong due to 73-year-old Lai’s high profile and the precedent it will set for whether individuals facing national security charges can post bail.

“The appeal today is of enormous significance. The National Security Law overrides and undermines many of the basic principles that underpin Hong Kong’s common law system, including the presumption of bail,” said Johnny Patterson, policy director of Hong Kong Watch in the UK.

“The judgement will set a precedent for how the National Security Law will fit into the city’s wider legal framework. The Hong Kong Bill of Rights guarantees presumption of bail for non-violent crimes. It is vital that this principle is upheld.”

Prosecutors argued the “default position” was that defendants cannot post bail unless they are able to prove they will “not continue to commit acts endangering national security,” public broadcaster RTHK reported.

Lai was initially denied bail, but the decision was overturned at the high court where the judge allowed Lai $1.3m bail on a set of strict conditions including that he be confined to his home and hand in his passport. The prosecution appealed that decision to the territory’s highest court, and Lai was returned to prison after prosecutors argued he still posed a threat.

Before the hearing on Monday morning, supporters and detractors alike gathered in long queues outside the colonial-era court for a chance to secure one of 50 seats reserved in the public gallery.

They included  Cardinal Joseph Zen, the former bishop of Hong Kong and arch critic of China’s Communist Party, who was heckled as a “dog” and “traitor” by pro-establishment protesters, according to video footage.

Lai and two of his executives also face separate charges for fraud for allegedly using the offices of his company NEXT Digital, the publisher of the anti-establishment newspaper Apple Daily, for reasons other than those stated in the lease.

His predecessor, Geoffrey Ma, overturned the convictions of many democracy activists like Joshua Wong for their role in Hong Kong’s last wave of protests in 2014.

The Court of Final Appeal is the highest court in Hong Kong and foreign judges from other common law jurisdictions usually sit on the bench. In cases involving the national security law, chief executive Carrie Lam must first clear the judges, but Ma and others have sought to stress it is the judiciary rather than Lam who decides which judges preside over which cases.

London-based criminal barrister David Perry was originally asked to prosecute Lai but he withdrew from the case following a public uproar in the United Kingdom and was replaced by a local barrister.

Lai’s trial is scheduled to start in April.