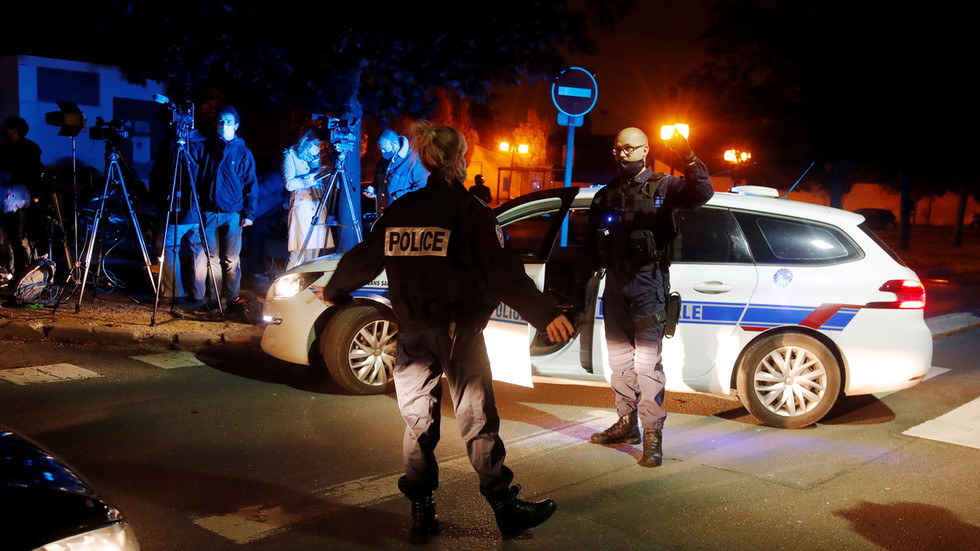 An anti-terrorism invstigation is underway in a Parisian suburb after a middle school teacher was fatally stabbed by a man who reportedly cried “Allahu Akbar” while assaulting him.

The incident occurred in Conflans Saint-Honorine at around 5pm local time on Friday. The knife-wielding suspected attacker was shot dead by police.

According to local reports, the teacher was recently the subject of complaints from parents after he showed caricatures of the Prophet Mohammed to students during class, and investigators are looking into the incident as one potential motive for the attack.

French President Emmanuel Macron is due to visit the scene of the fatal attack later on Friday.

In a tweet, Education Minister Jean-Michel Blanquer described the killing of a teacher as an attack on the French Republic.

“Our unity and steadfastness are the only answers to the monstrosity of Islamist terrorism,” he added.

In the French National Assembly, deputies took a moment to stand and “salute the memory” of the murdered teacher and to denounce the attack.