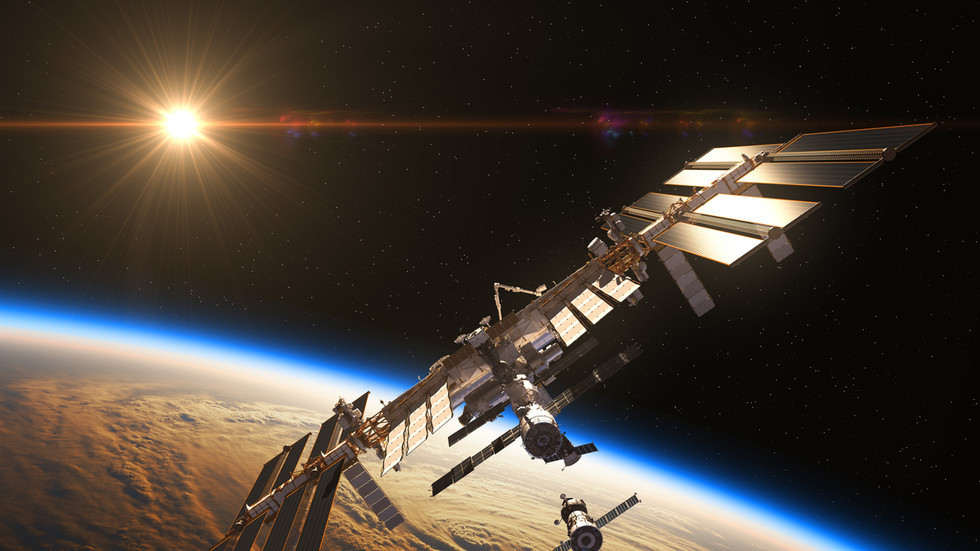 Alien enthusiasts are in a frenzy after peculiar footage appearing to capture a UFO flying past the International Space Station (ISS) was captured by a skywatcher and uploaded online.

The curious video was uploaded on the popular space conspiracy YouTube channel MrMBB333 on Tuesday. The YouTuber behind it, who describes himself as an ‘Earth Watchman’, says the footage was captured in Chino Hills, California, on Monday.

It shows a small white light whizzing behind the ISS as a spacecraft starts to disembark. “It looks like it’s white and, as we zoom in, appears to be tumbling,” MrMBB333 explains.

The uploader zooms in on the odd phenomenon and concludes that it appears to be “wobbling” or “rotating” as it travels across the sky.

When the Earth Watchman converts the video to a negative format, it appears clearer that the shape is rotating. “That is moving at a very high rate of speed and quite far away from the International Space Station,” he says.

“I don’t know what that was. This makes about the third or fourth object that we’ve seen above planet Earth via the International Space Station… There are some incredible things going on above Earth of which the origins are as yet unknown,” he added.

The footage has been viewed over 23,000 times since it was uploaded on Tuesday. As is common with videos that claim to show UFOs, it has prompted a wave of outlandish explanations from amateur alien hunters.

“There are lots of aliens in the orbit around the Earth. They have been here for a long time,” one believer wrote, adding that the round white discs belong to a race of aliens that are helping humanity. Others offered more rational explanations, including passing asteroids and space debris.