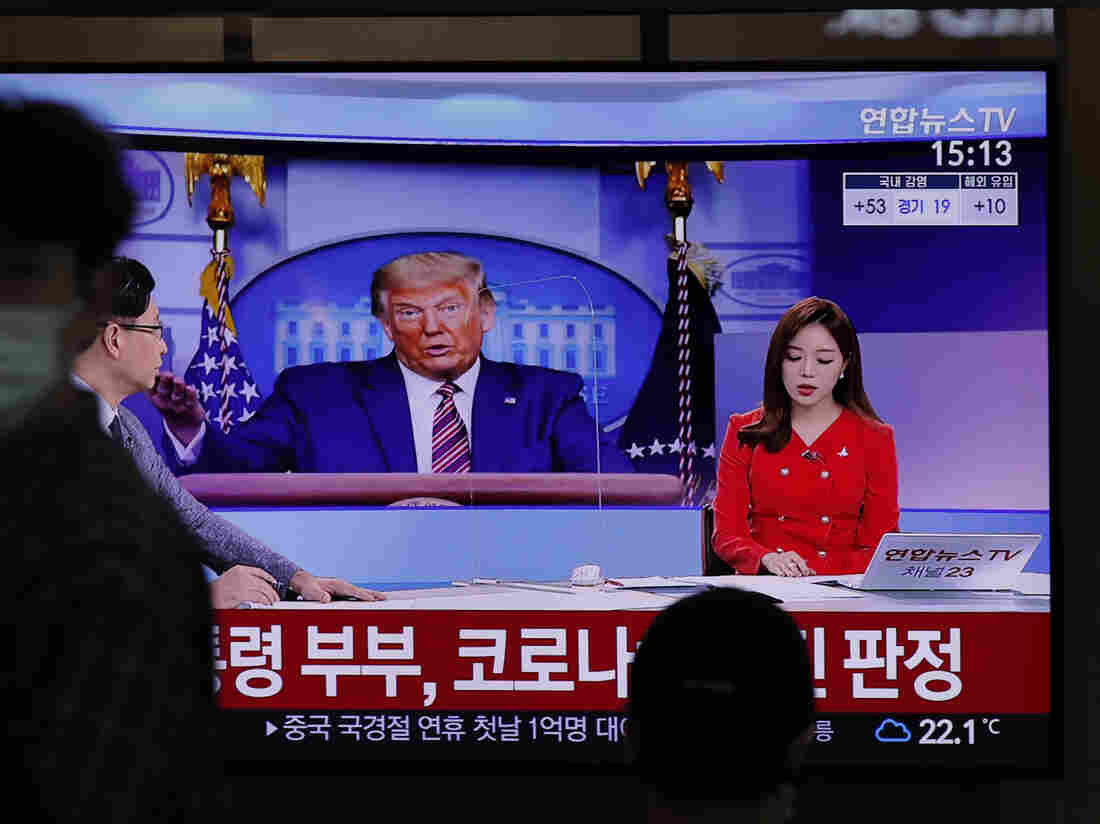 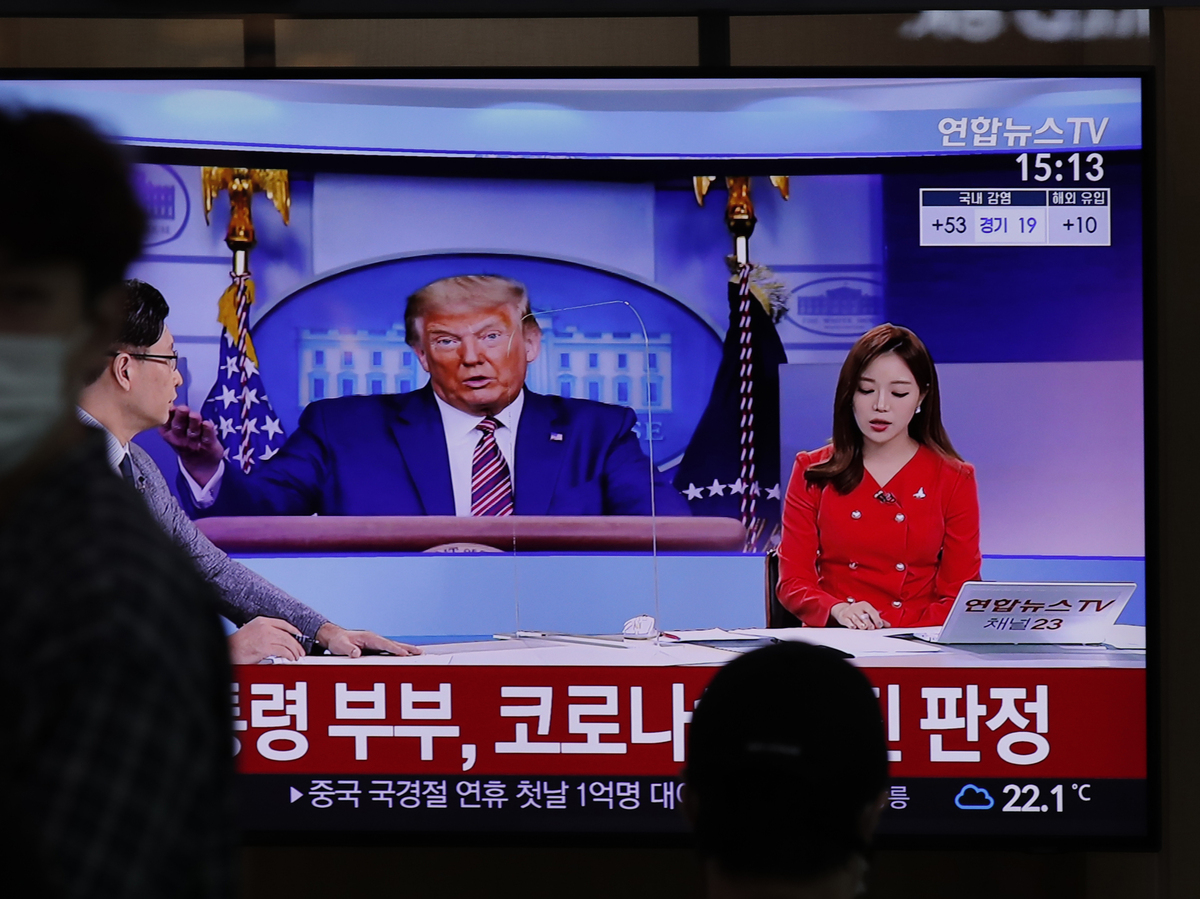 South Korea’s President Moon Jae-in sent a message to President Trump on Friday, wishing him and First Lady Melania Trump a “swift recovery” after they tested positive for the coronavirus. “We’d also like to send special words of solace and encouragement to your family and U.S. citizens,” Moon wrote.

Among South Korea’s neighbors, there was little other immediate official reaction to the news of President Trump’s infection with COVID-19. A Chinese foreign ministry spokesperson told Reuters that China — which Trump has blamed as the source of the global pandemic — hopes Trump and his wife will soon recover. Chinese social media users mocked Trump, but the news was reported without commentary by state-run media. U.S. allies such as South Korea and Japan are under mounting pressure from Washington to join the U.S. in confronting Beijing.

Markets were closed for holidays in both South Korea and China. Japan’s Nikkei index dipped on news of Trump’s infection and ended the day down 0.67%.

In Japan, chief government spokesman Katsunobu Kato declined to comment on Trump’s infection, but noted he had heard of no changes to Secretary of State Mike Pompeo’s plans to visit Japan, South Korea and Mongolia next week.

Pompeo is scheduled to attend a meeting of foreign ministers in Tokyo for the Quadrilateral Security Dialogue, known as the “Quad,” an informal security grouping that includes the U.S., Japan, India and Australia. The Quad is widely seen in China as an anti-China cabal.

President Trump continued to blame China for the pandemic this week, including during his gladiatorial debate with Democratic presidential candidate Joe Biden on Tuesday. “It’s China’s fault,” he said. “It should have never happened.”

In the hours after the news broke about Trump’s infection, it was the most searched topic on Weibo, China’s biggest microblogging platform. Compilations of jokes and posts mocking Trump made the rounds on WeChat, a popular messaging platform. One read: “Trump: ‘I will soon conquer the coronavirus!’ American people: ‘Yes, but what are we supposed to do?’ Trump: ‘The coronavirus can be effectively treated by injecting yourself with disinfectant.’ American people: ‘Time for you to try that, Mr. President.'”

There was no official Chinese response, as the country is observing an eight-day national holiday. One of the few public voices commenting on Trump’s infection was that of Hu Xijin, editor of the jingoistic Global Times tabloid. “President Trump and the first lady have paid the price for his gamble to play down the COVID-19,” Hu said in a post on Twitter, which was later deleted. Twitter is blocked in China but used by the government and state-run media to reach foreign audiences.

Beijing says it does not fear confrontation with the U.S. but prefers to keep the relationship on an even keel. “We believe that a sound and stable China-U.S. relationship is in the interest of both countries, and it is needed for achieving the rejuvenation of the Chinese nation,” Chinese Ambassador to the U.S. Cui Tiankai tweeted Thursday evening, before the news of Trump’s positive test broke.

The Trump administration has claimed that China is the most active among nations trying to interfere in upcoming presidential elections. But a Department of Homeland Security official cast doubt on that narrative last month, when he filed a whistleblower complaint, claiming he was told to highlight the threat of Chinese and Iranian interference, while downplaying Russian meddling.